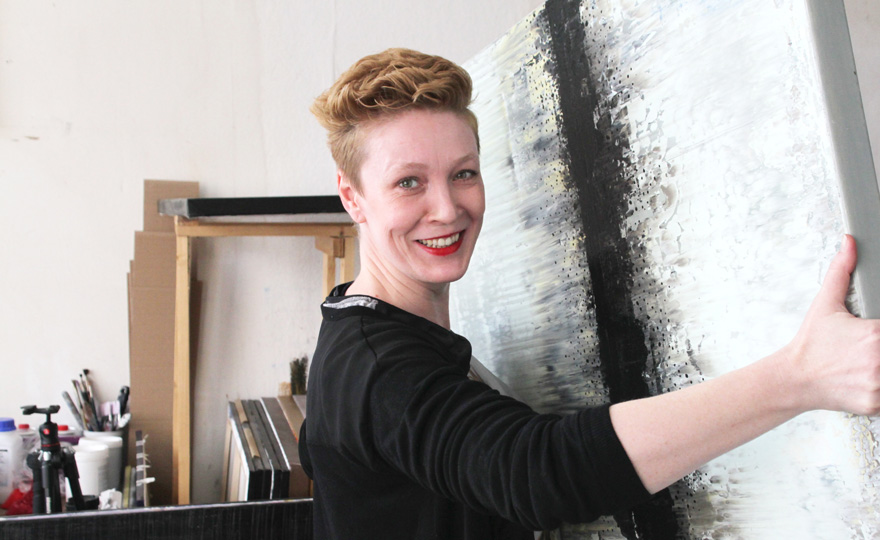 "Coming from a subconscious full of landscapes, urban moods, science fiction, geology and mathematics, my paintings are transformational images of emotions and energy twisted by accidents with one result: a new unexpected but somehow familiar universe." 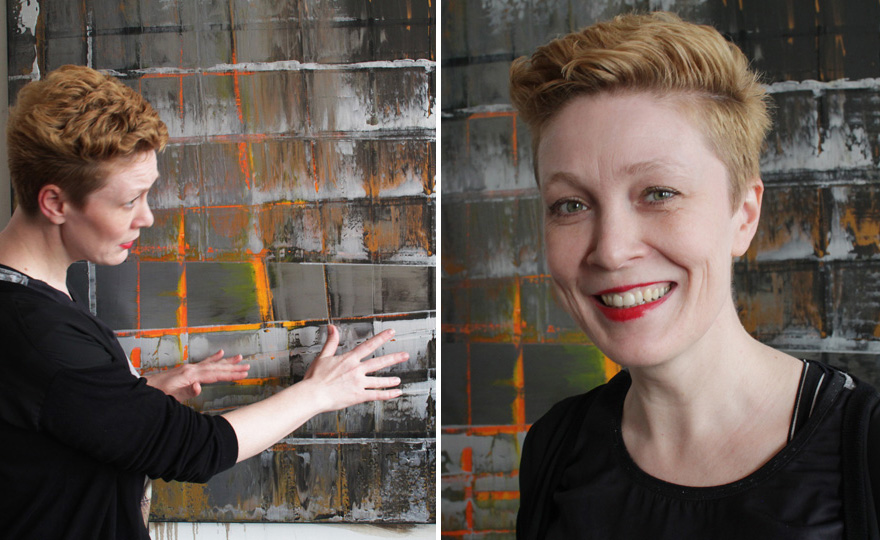 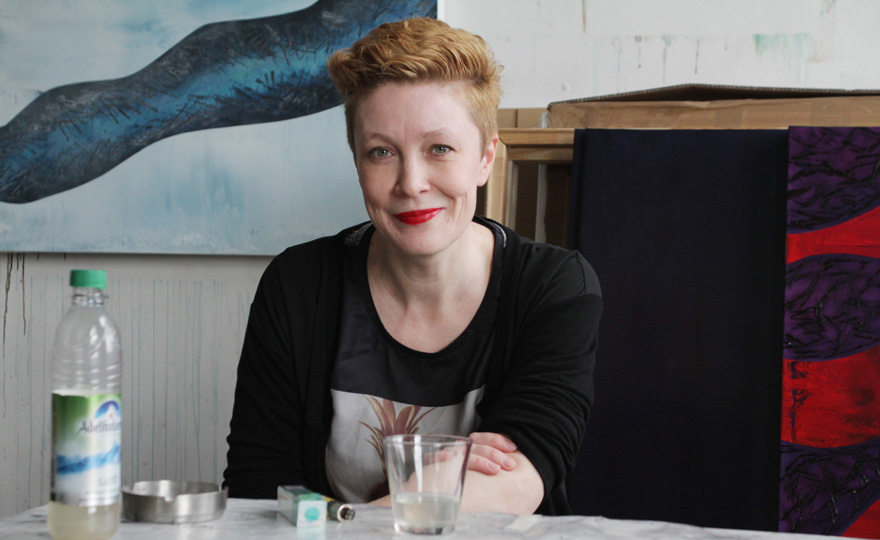 WEARTBERLIN:
We met at the opening of BERLINER LISTE 2015. How do you feel about the step out of the studio and into the art market?


LALI TORMA:
I came to Berlin at the end of 2014. In 2015 I concentrated on my internal process and producing my art. I was working a lot in my studio. Exhibiting at BERLINER LISTE 2015 was a catalyst for me to show my art. It was the point where I felt the search inside has to be balanced with exposing.

And now I feel I am really prepared for the next step: presenting my art in a gallery. In the beginning of 2016 I realized my first solo show “Boarders of Canada” which contained three different themes that were related and brought together in one exhibition. It gave me the confidence to show my art to the public and to present it to the art market.


WEARTBERLIN:
We are curious to learn more about you and your art. When did you start with your artistic work?


LALI TORMA:
I think I started very early with my artistic work, but I have not been encouraged by people around me. I was always drawing on the boarders of my notebooks and I was good in using colors but never did figurative works. First of all, I was good in mathematics. In communist Romania that was really important. I was not interested in figurative works and in drawing faces, people, landscapes which was the requirement for being a good artist in communism. I was interested in patterns and colors and their mixture. So, I was encouraged to concentrate on mathematics and definitely not arts.

When I was 18 years old I moved to Canada and started a career in Finance. And 13 years ago, in 2003, I started to paint just out of the blue. It was a need and a balancing act. Slowly art took more and more place in my life.

When I moved to Paris, I started to be further and further focused on art. And I got closer to my real self and realized that Finance was not my fulfillment. I left my job in Finance and, at the end of 2014, came to Berlin to be an artist, a full time artist. 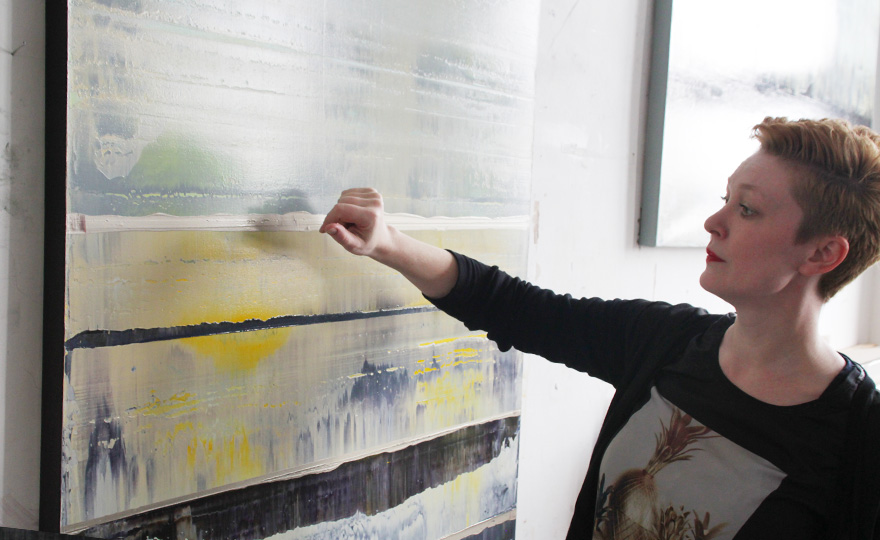 WEARTBERLIN:
And what is your art about? You said abstract art is interesting for you. How would you describe your process?


LALI TORMA:
Freedom is very important in my art. Going with the flow. Working with the subconscious. And I am always amazed by the results. I look at my paintings and I learn new things. Even more amazing is when people look at my painting and they come up with their ideas, their solutions and their universe.

“It’s like uncorking a bottle of wine. I would like my art to be the corkscrew of that bottle.”

With my abstract art I am trying to create new images to stimulate the brain of the viewer to think differently, to learn something new about ourselves, to give us new ideas, a new way of understanding us and the world. I see my paintings like a small universe. I see their 3-dimensionality.

I do not start painting with a defined image, I start with color, with light and the painting builds itself gradually. I am creating a whole new world. But I have discovered that this world exists in my subconscious and I am just picking images, like glimpses, and bring them here. As I am working with my profound self, the imagery becomes complex. It is not only a geographic place but a place with people, movies, states of mind, and most importantly, with emotions.

Abstract art has the necessary freedom because what I see in an abstract painting is not the same as others see. It is one’s own interpretation. 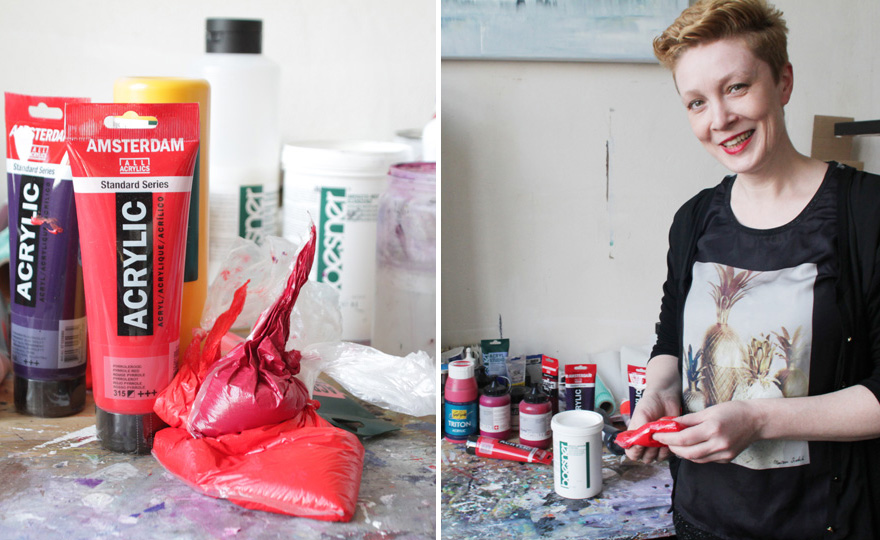 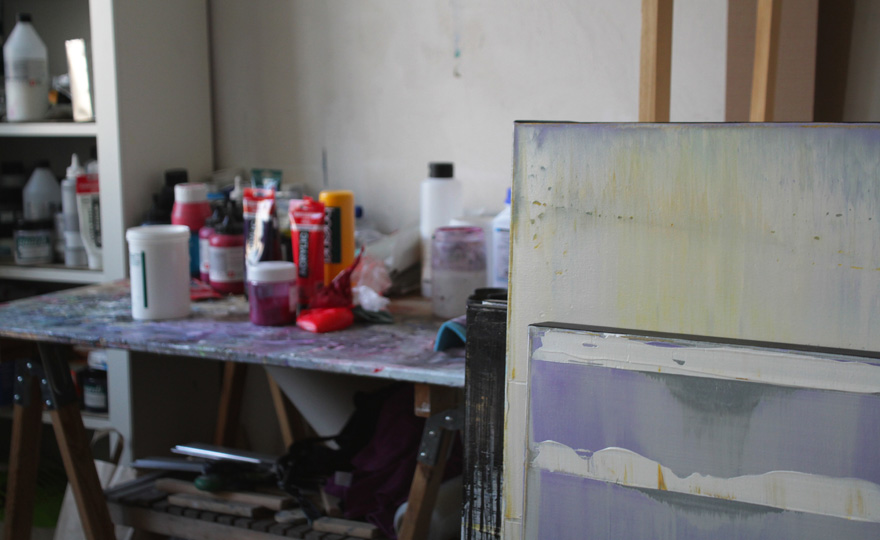 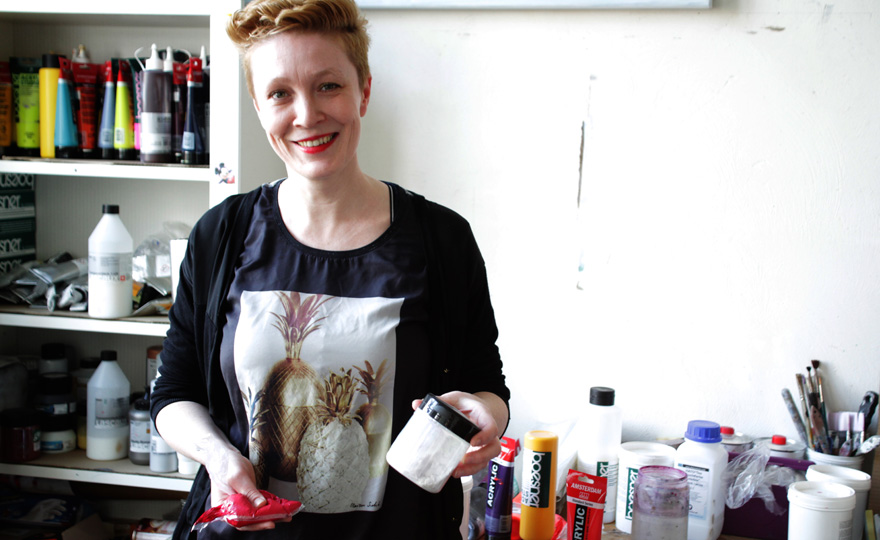 WEARTBERLIN:
On which artwork are you working on right now?


LALI TORMA:
Now I am finishing the first painting of the Red Series. This series started with the red tape idea, with the idea of being restricted. Red is a complicated color. There are two sides of it. Red was from central significance in communism. There is also red tape, the bureaucracy in government. Red is to me a strong color of pressure in terms of abusive power. At the same time, red is such a feminine and sensual color which has the exact opposite meaning and fascinated me to start a Red Series.

Simultaneously I am working on a secret geometrical series that deals with how we see light in space. Besides the paintings, I have an installation and video in mind because I like to work with the space and to create something for a space specifically.


WEARTBERLIN:
What is your influence when you work on several series? Are there role models you have regarding your art or is it an occasion or person?


LALI TORMA:
The freedom of movement is incredible and essential for me. I was inspired by Jean-Paul Riopelle when I went to the exposition in Montreal. I also liked the freedom in the works of Jackson Pollock very much. And both were big influences in the beginning: abstract expressionists, both Northern Americans.

When I came back to Europe one of the biggest steps in deciding to be an artist was when I went to Tate Modern in London 2009 and saw the Gerhard Richter’s Cage series. They showed me the way.

I would like to add Rothko and his connection to the spiritual, Caravaggio with his magnificent blacks and the Japanese artist Yayoi Kusama with her wonderful patterns. They have a permanent place in my soul. Their art went into my black box and forever altered my process.


WEARTBERLIN:
Is it your way of developing as self-taught artist?


LALI TORMA:
Yes. It is learning every day. Keep your eyes wide open and welcome all new ideas. I also learn from my own paintings. 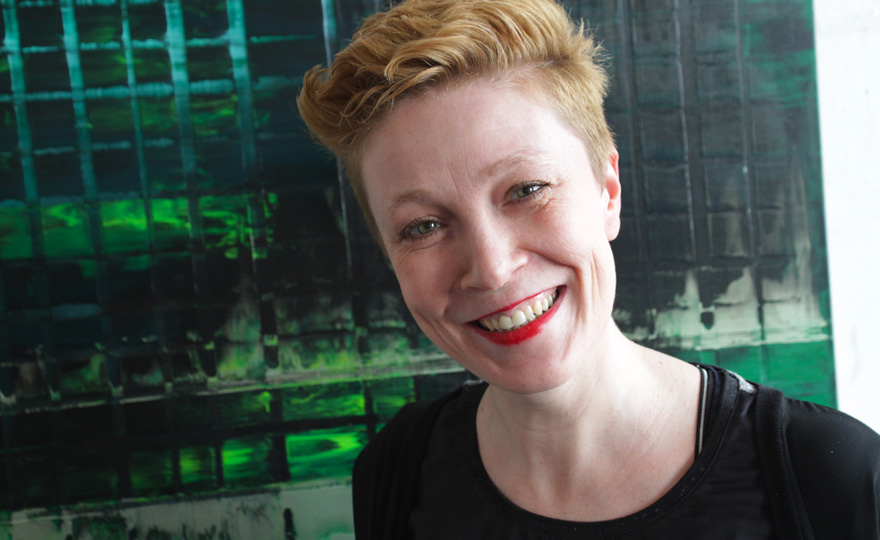 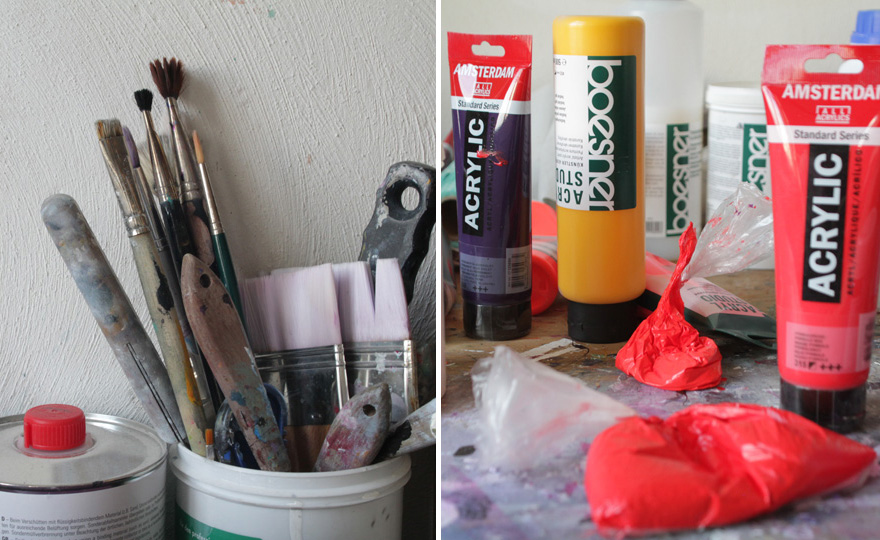 WEARTBERLIN:
Regarding the last 12 months, which is the most important artwork for you?


LALI TORMA:
I would say that the Prism series was really important for me. I learned a lot about concentrating on a series.

And with the two “Caesium Clocks” paintings I got to something essential. These works are very important for me. They simplified my process and, at the same time, I got the most freedom out of them. Every painting is a starting point to develop further. These two felt like a bigger step compared to the other ones.


WEARTBERLIN:
You moved to Berlin in 2014. So, after a year and a half, how much “Berlin” is included in your artworks now?


LALI TORMA:
Berlin is very present in my paintings. There is a lot of Black and Blue, darkness, squares, lines, the very urban look of Berlin. There was a period of getting used to Berlin. For example my work “Prior to Deconstruction” is pure Berlin. This first year was intense, this adaptation period. Berlin was giving me a gift and saying “Welcome”. Now we get along. We are like an old couple. It is a very homey feeling.


WEARTBERLIN:
Your paintings contain a lot of power and the urban character. Berlin is for you now?


LALI TORMA:
It is definitely home. I live in a building that looks exactly like my childhood building.


WEARTBERLIN:
What are your visions related to art and your artworks?


LALI TORMA:
I would like to have the possibility to realize all the many projects I have in my mind.

I would like to bring back art into our lives as it used to be. If you think about the Renaissance movement, it was driven by art. We are so driven by technology and science now and art is secondary, it’s only for decoration, for the elite and the wealthy. I would like art to come back into our society. I think that would be a great shift for all of us. 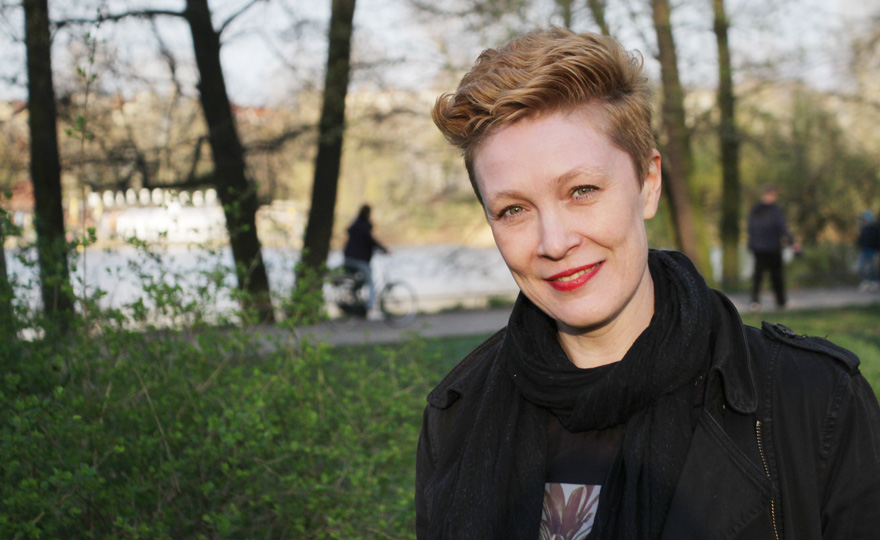 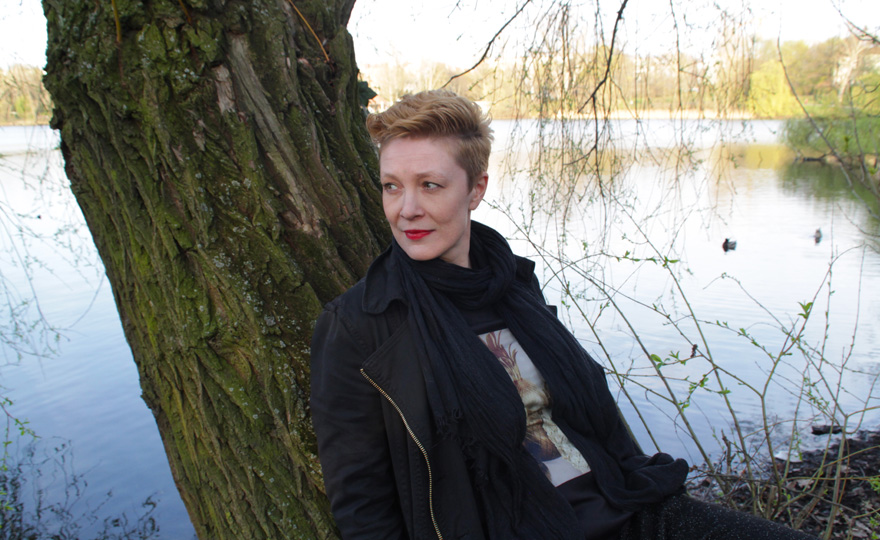